Our team are united and motivated by the promise that lies for our country and continent in a stunting free future, where no child is unjustly denied the opportunity to reach their full potential. 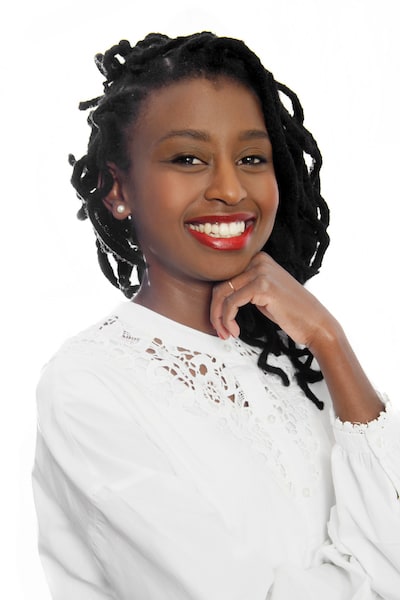 Dr Kopano Matlwa Mabaso is the Executive Director of the Grow Great Campaign. Kopano is a Rhodes Scholar and an alumnus of the University of Oxford where she gained both her Masters in Global Health Science and DPhil (PhD) in Population Health.

Kopano has received a number of accolades for her work as a social entrepreneur, including the first ever Aspen Idea Award, Aspen New Voices Fellowship and Tutu Fellowship. Kopano is also an award winning novelist and her three novels have been published in a number of languages across the world.

She is inspired by the resilience of South Africa’s people and motivated by the promise that lies for our country and continent in a stunting free future, where no child is unjustly denied the opportunity to reach their full potential. 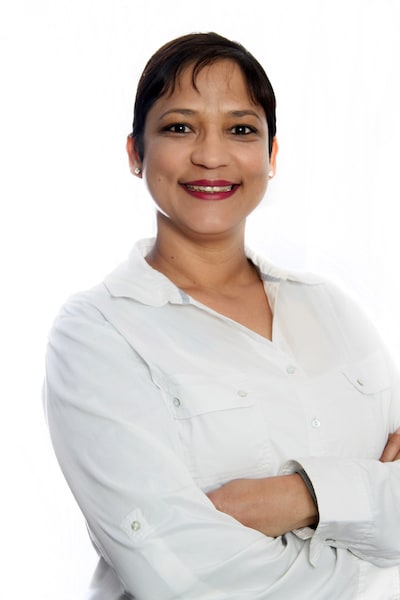 Following her nursing studies, Bernadette obtained a qualification in Call Centre and HIV Clinical Management in 2002.

She In addition to the above, Bernadette also has a qualification in Corporate Governance From 2003-2016 Bernadette was a loveLife employee, provide support to both the CEO and Board of Trustees at loveLife in all aspects of company management

Thereafter she qualified in Call Centre and HIV Clinical Management in 2002. She also has in her possession a qualification in Corporate Governance in 2002, which covered all aspects of Company Management and provided support to both the CEO and Board of Trustees at loveLife. She is currently the Master Trainer and Resource Manager for the Grow Great Campaign.

She is an extremely calm, organized, reliable and patient professional with excellent administration skills. She is always commended for her efficient and effective handling of difficult situations in the workplace. 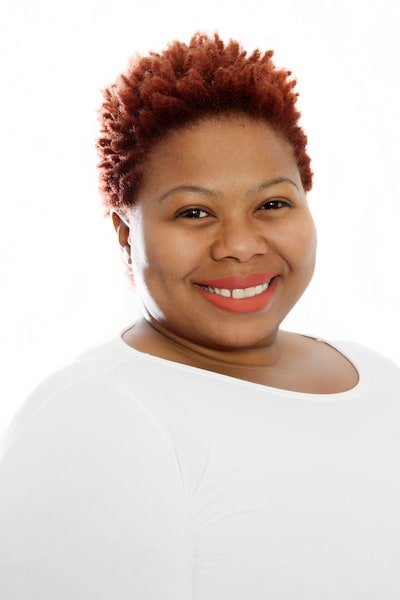 Jabulile Mahlaba is a African woman whom is well versed in all spheres of administration in civil society.

Her career commenced as a Branch Administrator for The Big Shoes Foundation, a pioneer paediatric palliative care project incubated by Wits Palliative Care in 2007.

In 2010, she progressed to the role of Regional Administrator and promoted in 2016 to the role of Executive Assistant for the Southern African Aids Trust, a regional organisation that focuses on community systems for equitable and inclusive health.

In 2016, she accepted the role of Senior Administrator for The Centre for the Study of Violence and Reconciliation, an organisation spearheading reconciliation, democracy and a human rights culture in South Africa. The Douglas Murray Trust currently employs Jabulile as an administrator.

Jabulile is currently pursuing the completion of her Diploma in Business Management with Rosebank College. 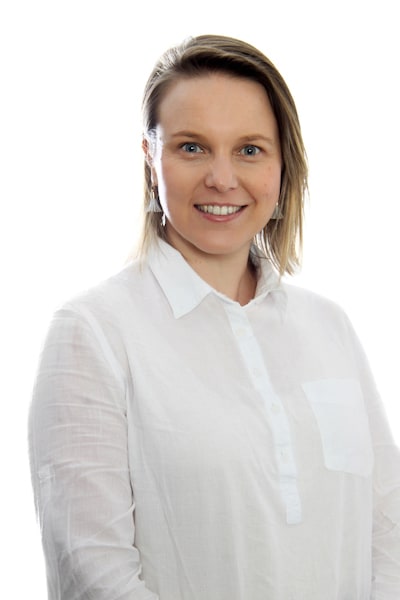 Nicola Eley completed her Bachelor of Science degree in Dietetics at Stellenbosch University in 2008 and has spent most of her career working in the public health sector.

Nicola joined Philani Maternal, Child Health and Nutrition Trust in 2010 as the Nutrition Centre Manager and was responsible for managing and supporting a team of Nutrition Advisors and Breastfeeding Peer Counsellors.

In 2012 she was promoted to Training Unit Manager. This unit was responsible for training and supporting Community Health Workers from South Africa, Swaziland and Ethiopia with a particular focus on maternal, child health and nutrition.

Nicola is currently completing her Masters in Nutrition at Stellenbosch University focusing on Nutrition, Human Rights and Governance. 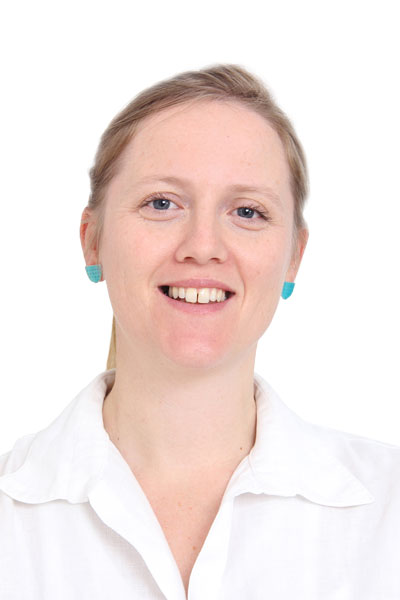 Mother, occupational therapist, public health specialist. After seven years of working as an occupational Ruth embarked on a Masters in Public Health

The highlights of her career include four years with Medecins sans Frontieres’ (MSF) HIV and TB project in Khayelitsha, as well as becoming a mother and relocating from Cape Town to Johannesburg.

These experiences have brought her to her present role as the Flourish Curriculum Developer and Master Trainer at Grow Great.

Her personal and professional experiences of pregnancy, early childhood and motherhood have made her acutely aware of the vulnerability faced by parents and the potential impact of this on their children.

This understanding is her motivator as Flourish works towards creating a network of empowered moms, supported to raise children capable of reaching their full potential in life. 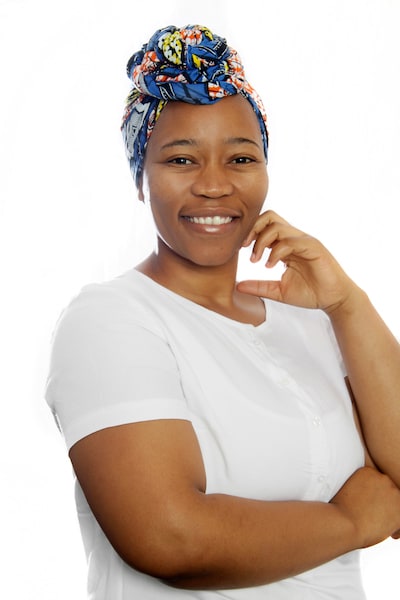 Sinikiwe’s passion arises from recognising that achieving the dreams of our forebears’ struggle for a South Africa that upholds justice and dignity for all,  depends on the health of its citizens.

We need strong bodies and strong minds for the work of bringing forth the vision of our forefathers and foremothers. Moreover, the state of health in our communities is a potent measure of our progress towards that vision – and sheds light on the long road still before us.

Sinikiwe was born in rural KwaZulu Natal, to a traditional Zulu family – where it was, and is, difficult to access reliable information, and – more difficult still – to wisely analyse it.

Hoping to address this challenge, She undertook studies in journalism and media studies.

She is committed to using her skills and gifts to benefit rural communities, which still comprise a large portion of South Africa. 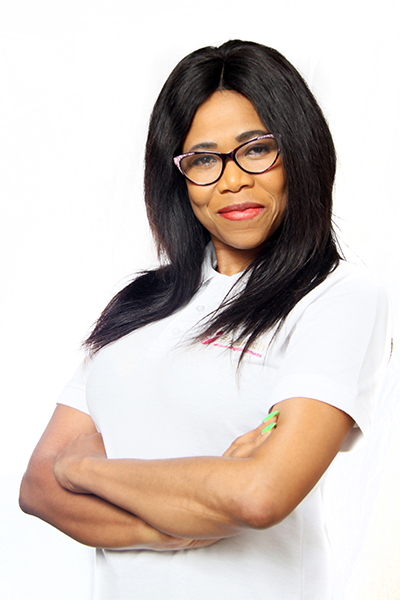 She furthered her studies, completing a Further Diploma in Education Management with the University of Pretoria and a TEFL course with Boston College.

After a 10-year career with the Department of Education as an Educator, her love for interacting with different people saw her leaving the department and starting a career in sales and marketing. She spent a few years working for companies like Old Mutual, Sanlam and Bytes Document Solutions, among others.

While working in sales, various opportunities arose for her to work on freelance jobs in publishing and research. This kickstarted her career path as a Freelance Research Field Worker and a Freelancer in publishing.

She has worked on various projects both in publishing and research, with companies like Pearsons, Maskew Miller and Systems Approach, to mention a few, where her love for working with people of different cultures in different communities was enhanced. It was during her time working on one of these projects that she was identified to work as a Facilitator and a Coach for Flourish. 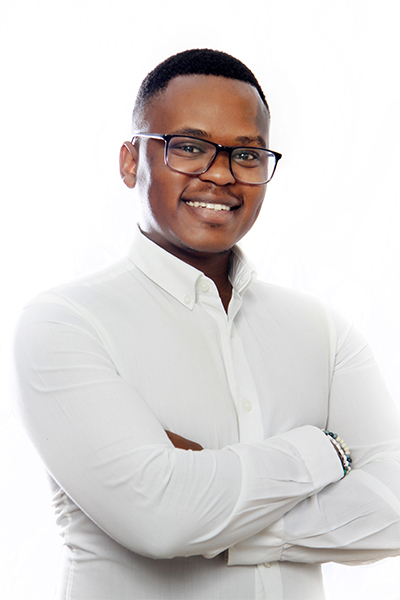 Ofentse Mboweni is a Communications Officer at Grow Great. He holds an honours degree in Political Studies from Wits University.

He has been in the media and communications space for five years, working for organisations such as TNA Media as a sub-editor and the Mail & Guardian as an online editor, among others.

What keeps him motivated is his ever-present desire to be better every day and add value to the lives of others, he can. He strives to ensure that his firm commitment to social justice and nation-building is reflected in every facet of his life.

Ofentse believes that resilience and determination are the keys to success and his personal mantra is the quote by Steve Biko: “In time, we shall be in a position to bestow on South Africa the greatest possible gift—a more human face.” 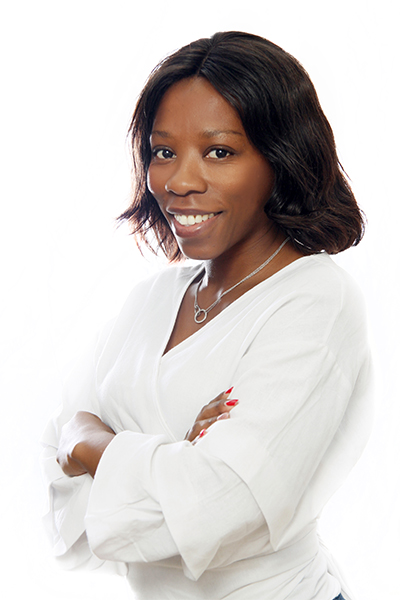 Thabang Mametse is a qualified Social Worker and has been working in the development sector since 2004.

She worked at Grassroot Soccer as a Programme Manager, providing oversight on the Community Responses Programme and managing grantees.

Previously, she worked at the Nelson Mandela Children’s Fund as a Programme Specialist, managing funded partner organisations and providing strategic guidance to the Fund’s initiatives in the North West Province.

Thabang managed the 2014 and 2015  Nelson Mandela Children’s Parliaments, a joint initiative with the Department of Social Development. Prior to her lengthy experience at the Fund, she worked at Heartbeat Centre for Community Development as a Social Worker, overseeing the design, implementation and monitoring of the Children’s Empowerment Programme.

Socially, she embraces health, fitness and wellbeing as a qualified Group Exercise Instructor through Virgin Active Gym. Thabang holds an Honours Degree in Social Work from the University of Pretoria and a number of certificate trainings. 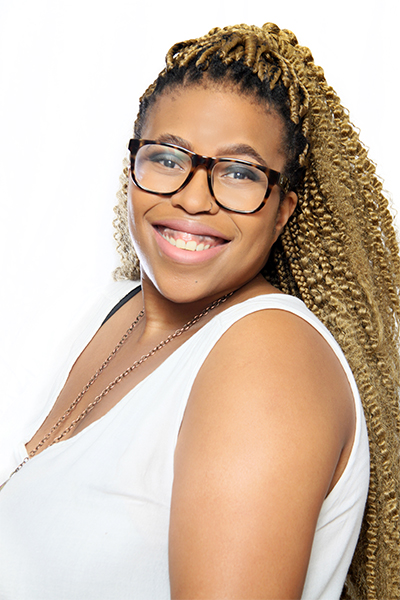 Mmakgomo Tshetlo was born and raised in Kwa-Thema, Springs. She originallyenrolled at Boston Media House to study advertising.

She had always dreamed of pursuing a career as an art and eventually owning her own ad agency.

During her second year of studying, she had a change of heart and fell in love with radio and decided that would be her final year major. She graduated with a diploma in radio and broadcasting production.

A year after graduating and knocking on many doors, she was fortunate enough to secure an internship with one of the best talk radio stations in the country, Talk Radio 702. Her first role at the station was that of a promotions producer, before vying for her dream role of becoming a content producer. After four years at the helm of influencing and driving important conversations in the she changed roles, moved departments and wore the hat of a digital content producer.

After six years, she parted ways with her first love – radio. Soon thereafter she was afforded the opportunity of delving into television, another interest and passion of hers. She assumed the role of researcher, working on a reality show called Stereotype Drop. It was a brief but presented many learning opportunities.

Mmakgomo is now a Flourish coach and can confidently say this has been one of the most fulfilling things she has done in her life. Being at Flourish has given her a sense of purpose and belonging – she no longer feels misplaced. 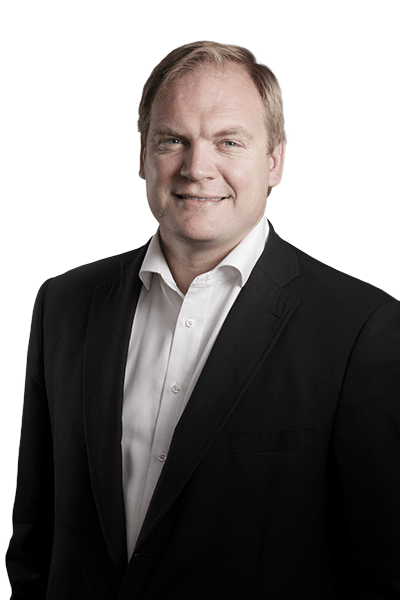 Anthony Farr is CEO of Allan & Gill Gray Philanthropy Africa, responsible for the execution of the Gray family philanthropy across the continent.

Previously, he was the founding CEO of the Allan Gray Orbis Foundation. Prior to this, Anthony co-founded the Starfish Greathearts Foundation in 2001. He is qualified as a CA (SA) and Chartered Financial Analyst. 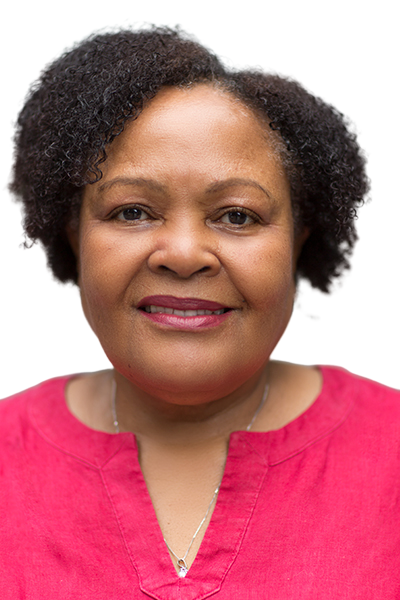 In this role Bernadette oversees the philanthropic work of the ELMA Group of Foundations in southern Africa. She also serves on the Boards of the ELMA Philanthropies Services (US) Inc., and the ELMA South Africa Foundation.

She also serves as a Trustee of the Discovery Foundation which supports the education and training of medical specialists in South Africa. Prior to joining ELMA in 2006, Bernadette was chief executive officer of the Women’s Development Bank Trust, an organization that promotes the participation of women at all levels of the economy through investing in leading South African companies, providing microcredit to poor rural women, supporting the growth of small and medium women- owned businesses and supporting the appointment of women to executive and board roles in major South African companies. 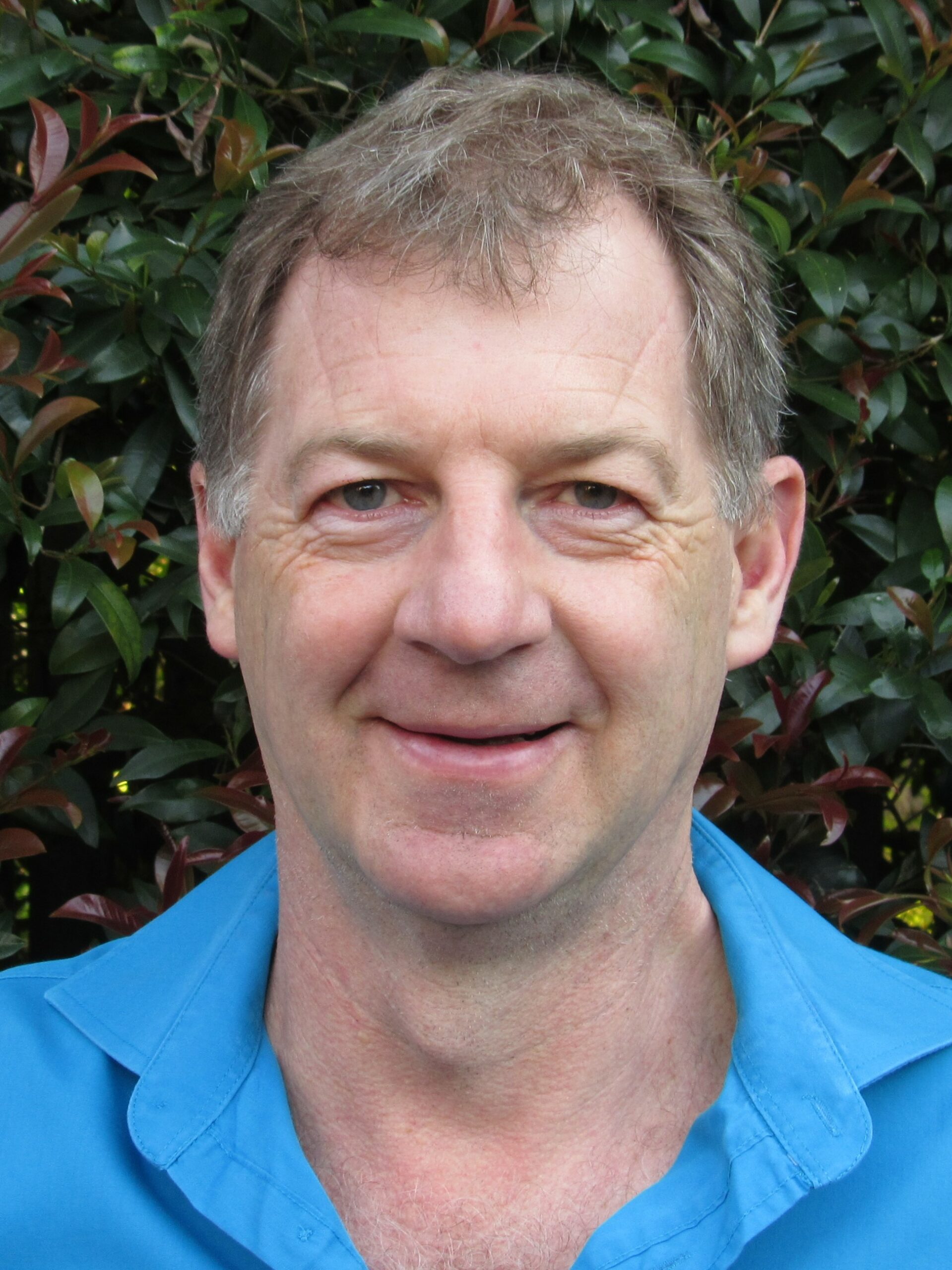 David Harrison is the CEO of the South African grant-making foundation, the DG Murray Trust.

After completing his medical internship in 1990, David joined the Child Health Unit of the University of Cape Town, working on policy issues related to child health, nutrition and early childhood development. He completed an MSc(Med) related to the planning of child health services in Khayelitsha.

In 1991, he founded the Health Systems Trust (HST), a non-government organisation supporting health policy and services development in South Africa. In his capacity as Director of HST, he established the South African Health Review – an annual assessment of health and health care, and the Initiative for Sub-District Support, working with the Department of Health to improve the quality of health care in clinics throughout South Africa.

In 2000, he completed a Masters in Public Policy at the University of California at Berkeley, before returning to South Africa to head up loveLife, a national HIV prevention programme for young people. In 2010, he joined the DG Murray Trust, which has a significant focus on early childhood development (ECD) and education and opportunities for young people.