Did you know South African law makes provision for new mothers to breastfeed in the work place.

Breastfeeding is not only good for mom & baby, it’s good for business too. Watch our video to find out why.

The Code Of Good Practice On The Protection Of Employees During Pregnancy And After The Birth Of A Child.

South African laws protect a women’s right to breastfeed in the workplace by entitling her to two 30 minutes breaks a day to express breastmilk or breastfeed her baby until her baby is 6 months old. Are you a new mom, wanting to find out more about your breastfeeding rights once you return to work? 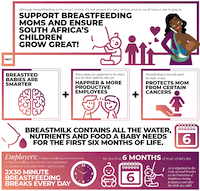 Did you know that eggs are packed with healthy fats, minerals & vitamins e.g. Omega 3, Iron, Choline and Vitamin Bs that are great for your baby’s growth and brain development? Once your baby reaches six months of age, continue to breastfeed your child for as long as you are able to. It is also important at this stage to introduce foods such as beans, ground mopane worms, minced meat or EGGS! Click here to download our infographic and learn more about how eggs can help your baby grow great. 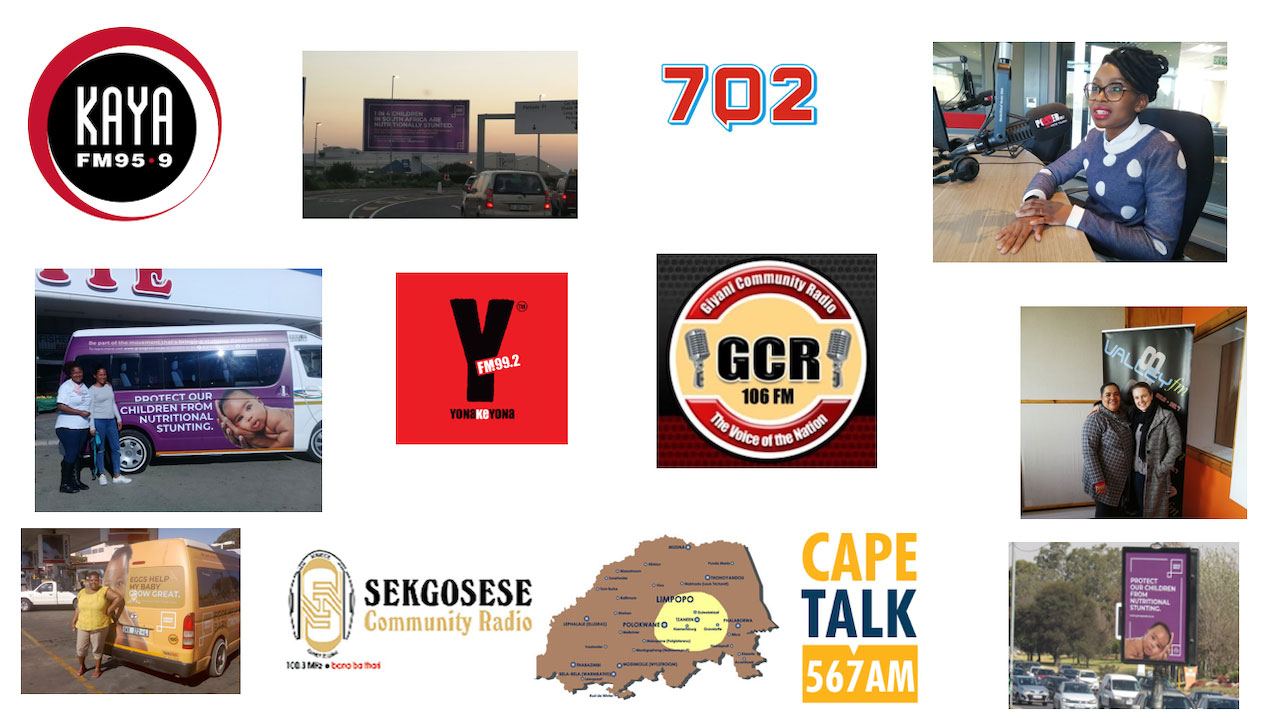 The Grow Great mass media campaign kicked off on the 1st of July 2019, with the bold objective of galvanizing South Africa against stunting. The campaign involved social media, radio and outdoor media (billboards, street pole advertisements and taxi wraps).

Billboards and street pole ads were placed in Cape Town and Johannesburg, while taxis in Giyani, Greater Letaba, (Limpopo), Nkomazi (Mpumalanga) and Worcester (Western Cape) were covered in Grow Great messages on stunting and the beneifts of eggs for babies and breastfeeding.

Listeners of the community radio stations were treated to some edutainment in the form of live broadcasts, where they participated in quizzes focused on educating parents and caregivers on the importance of the first 1000 days, as well as the Grow Great Dads’ Quiz, which tests the general knowledge of fathers on raising healthy babies.

The enthusiasm and support shown by all communities and stakeholders who participated in Grow Great’s mass media campaign truly makes us believe that Zero stunting by 2030 is an achievable goal.